The role of human capital development on economic growth cannot be over – emphasized in Nigeria. This is because in the past three decades there had been conflicting opinion of researchers, policy makers and academics concerning the role investment in human capital development play on economic growth of a country. Hence, the reason why this paper is conducted to reappraise the nexus between investment in Human capital development and economic growth in order to ascertain if truly investment in human capital can induce economic growth of Nigeria or not with data spanning between 1970 – 2012 using a Two Stage Least Square and Pairwise Granger Causality methodologies. The variables used in the study were tested for stationarity using the Augmented Dickey Fuller (ADF) and Philip Perron (PP) test. The result of the test showed that the variables were stationary at first differencing. The co-integration test was also performed and the result revealed the absence of co-integration between Investment in human capital and economic growth. Furthermore, it was discovered from the results of the TSLS that there exist a positive and statistical significant relationship between PERCAPITA and some explanatory variables (like; HUMANCAP, PUBLIC, and EXCHR) in the first estimated equation. The result also shows that LABFORCE exhibited a negative but significant effect on the level of PERCAPITA income in Nigeria. Similarly, it was equally discovered from the second estimated equation that public expenditure has a positive and significant relationship with investment in human capital. This means that the amount the government spends on human capital development in form enrollment and making schools to be easily accessible to pupils and students has the tendency to foster economic growth in Nigeria. Therefore, the study recommends the need to increase budgetary allocation to the education and health sector and the establishment of sound and well-functioning vocational institute needed to bring about the needed growth in human capital that can stimulate economic growth. In this regard, policy-makers in conjunction with employers and individuals needs up to date information on the real labour market value of different qualifications, in order to help them navigate through the increasingly complex education system and make the strate-gic kinds of educational investment decisions needed to propel economic growth due to issues associ-ated to labour mismatch.

Reference to this paper should be made as follows: Amassoma. D., Ikechukwu, E. (2016). “A Reap-praisal of the Nexus between Investment in Human Capital Development and Economic Growth in Nigeria”, Journal of Entrepreneurship, Business and Economics, Vol. 4, No. 2, pp. 59–93. 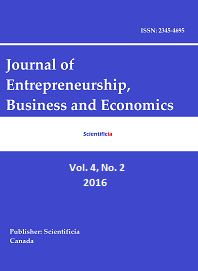