Cities around the world competes each other not just to attract tourists to visit or to invest but also to create a good reputation. City Branding is a way to enhance positive image about the city in order to gain a recognition and distinctive value for the city as a destination which differentiate it with other cities. Brand like in corporate level creates a distinctive value for a city. City brand reflects the image, reputation, credibility, capacity and competitive identity of a city. One approach for city branding is to provide room for community involvement to achieve desired branding objectives. This paper aims to explore the role of community involvement in city branding to gain city competitive value. Secondly to find and propose city special uniqueness which differentiate it from other city that can be utilized as city competitive value. The research takes place in Bandung city for the case study. Research methodology uses qualitative approach. Primary data collection is made through in depth interview with selected informants. Secondary data is taken from various literatures and previous research publications. Observation study is also conducted to enrich data collection. Research result indicates that community participation and involvement contribute to the progress of Bandung city branding. Local people and culture are among supporting elements in the emerging of Bandung as creative city. Creative city is Bandung city capacities which provide city uniqueness to differentiate with other rival cities especially in Indonesia and in south East Asia in general.

Reference to this paper should be made as follows: Bastaman, A. (2018). Bandung City Branding: Exploring the Role of Local Community Involvement to Gain City Competitive Value, Journal of Entrepreneurship, Business and Economics, 6(1), 144–165. 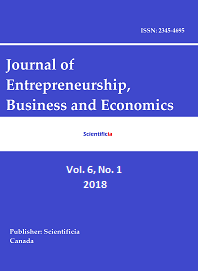