The corporate restructuring is used as mechanism to create value of the shareholders. It gives oppor-tunity to make investment in other company with high potential but lower rate of return. By taking over such companies, the acquiring company redeems profit and creates value for their shareholders without diluting their right and altering main business operations. However, the value of acquired company shareholders is equally imperative as of acquiring company (Teece and Shuen, 1997), and (Coase, 1937). In present paper the performance of acquired company has been measured by taking three dimensions into account viz., actual return, estimated return and abnormal return. The beta coefficients of BSE-S&P 500 have been taken as proxy for return on estimation basis. To execute the hypotheses paired sample t-test, regression for estimation and cumulative abnormal return methods are applied. The study finds that the share price of acquired company remained low in pre-acquisition period and became a cause of acquisition, similar to Porter (1985), Thomas (1996), and Dewey (1961). Post-acquisition performance could not meet the standard of expected returns and stays lower in majority cases akin to Hogarty (1970), and Franks, Harris, and Titman, (1991). How-ever, only in some instances abnormal return has been found positive after acquisition especially in long-run period.

Reference to this paper should be made as follows: Kumar, S. (2015). “Substantial takeover of shares and post-aqcuisition performance”, Journal of Entrepreneurship, Business and Economics, Vol. 3, No. 2, pp. 1–15. 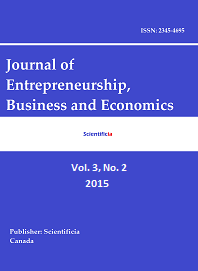