Motivations, emotions, and feelings of self gifting entrepreneurs: A cross-cultural study

Purpose- This study explores the self-gifting customer behavior of entrepreneurs across two cultures, Eastern and Western of districts of Iran, and identifies the motivations and feelings associated with the self-gifting practice.

Design/methodology/approach- The research includes a literature review of feelings and motiva-tions in the buying context, culture and the importance of cross-cultural studies in the consumer be-havior context, and the concept of self-gifting and its evolution. An empirical research undertaken to explore the feelings and motivations for self-gifting among consumers from six different providences divided in an equal numerical manner to represent the two different cultures. The findings of this qualitative research are analyzed by categorizing the responses into five dimensions or themes which have been identified as most relevant. This was followed by a cross-cultural comparison for each of the previously identified themes.

Findings- With the exception of two interviewees who by the nature of their job pay attention to ad-vertisements the rest of the respondents ignored any commercial in this respect. Taking into consider-ation the findings that motives and feelings vary across cultures it can be suggested that ads that try to encourage a self-gifting behavior in Eastern provinces should not follow solely the Western approach. In contrast with the Western individual prioritization, Eastern people are group-oriented thus a self-gift is meant to be shared.

Research limitations/implications- In order to avoid any cultural mistake and a low target rate of response self-gifting message customization is advisable. For instance, in West durable and expensive products can be advertised as self-gifts while in the East consumable products and products suitable for sharing can benefit from self-gift-oriented messages. In contrast, experiential self-gifts such as trips can be marketed in a similar way in both East and West. Due to the lack of financial support and time constraints the interviews were not preceded by a complete series of pilot studies. In addition to this, the qualitative analysis as such is vulnerable from the point of view of generalisability, validity and reliability. The interpretivist research philosophy adopted that focuses on the uniqueness of the individuals can also be considered a barrier towards absolute generalisability. Thus, no universal ap-plication of the studies‟ results has been assumed. However, the study gives some useful insights into the nature of self-gifting behavior across the division East-West and as such provides material for future research on the topic.

Reference to this paper should be made as follows: JamehBozorgi, M. J., Hashemi Dashtaki, S.H. (2014). “Motivations, emotions, and feelings of self gifting entrepreneurs: A cross-cultural study”, Journal of Entrepreneurship, Business and Economics, Vol. 2, No. 2, pp. 98–120. 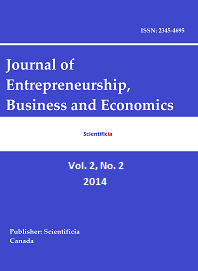